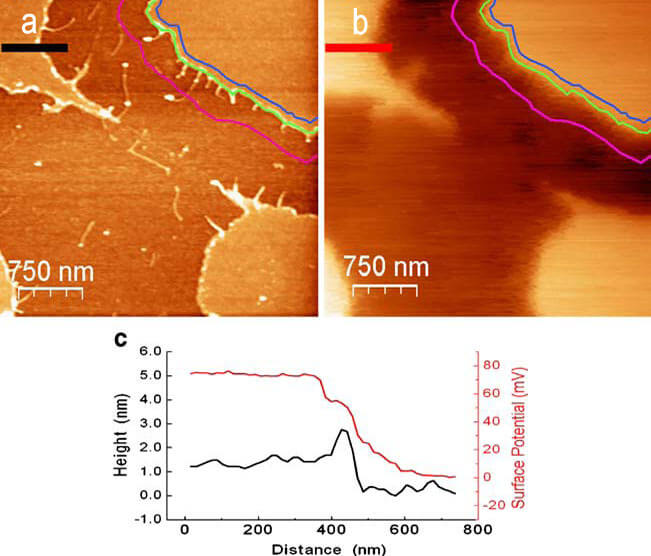 The KPFM characterization of lysozyme patterns.

Enhanced EFM subsurface imaging of 0.5% SWCNT (LA) polyimide nanocomposite film using an HAR probe. EFM bias voltage and lift height is 12 V and 50 nm, respectively. (a) SEM image of a conventional probe, (b) SEM image of an HAR probe. Inset: enlarged image of circled area near tip apex. (c) and (d) EFM phase image of subsurface CNTs using a conventional and HAR probe, respectively. (e) and (f) Cross-section analysis of segmented line at (c) and (d), respectively. EFM phase scale 20◦. The EFM phase signal at circled peak in (f) is both stronger and sharper than that in (e). 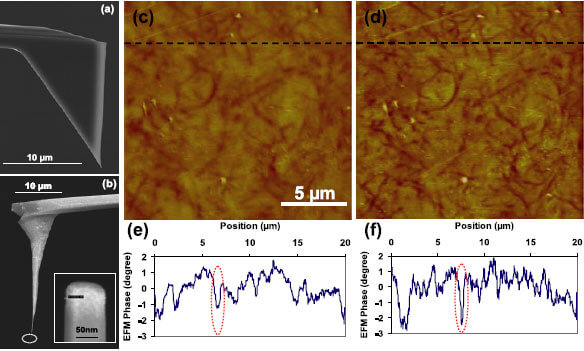 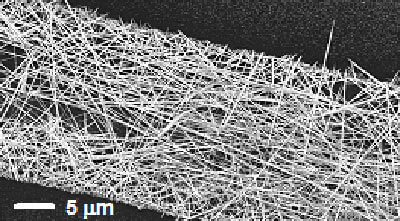 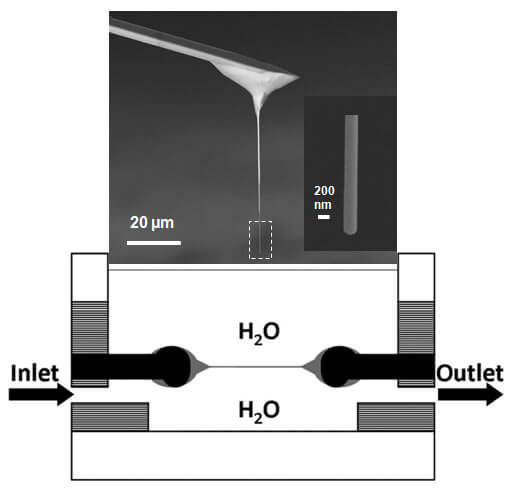 Characterization of silver-gallium nanowires for force and mass sensing applications

(a) A schematic diagram of the laser Doppler Vibrometer. (b) SEM image and (c) the measured displacement PSD of a thermally excited Ag2Ga NanoCantilever (NCL) as it clearly reveals the 2nd through 9th eigenfrequencies. The colored tick marks above the spectral peaks indicate the expected theoretical location of each eigenfrequency. (c-inset) NCL displacement detected by scanning the laser beam along the NCL.

(a) The calculated local intensities as a 166 nm radius nanowire translates across the focus of a 632.8 nm wavelength Gaussian beam with a full width of 1044 nm, in air. (b) The profile of the simulated signal on the split photodiode as the Ag2Ga NanoCantilever is translated across the beam, in normalized ordinate units. The spot-NanoCantilever separations shown in (a) are marked with Roman numerals. (c) Optical layout of the detection scheme. (d) Scanning electron microscopy (SEM) image of a representative Ag2Ga Nanocantilever, with a magnified inset of the tip. This nanowire is 59 um long, with a radius of 166 nm.

Sub-Angstrom-resolution sensing of NanoCantilevers is leading the way to a gentle physical probe for surfaces of materials such as living cells.(left) A conceptual drawing of the nanowire detection scheme. (right) Photo of a portion of the optics. 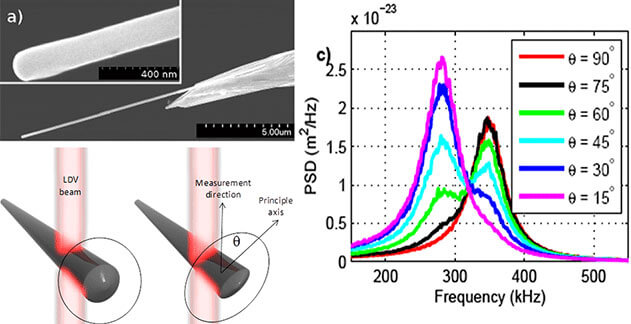 (a) SEM images of an Ag2Ga NanoCantilever. (b) Schematic of a perfectly circular NanoCantilever vs an asymmetry NanoCantilevers, when the thermal vibration is detected by Laser Doppler Vibrometer (LDV). (c) Experimental power spectral density (PSD) measurements using an LDV of a typical NanoCantilever at various rotation angles. 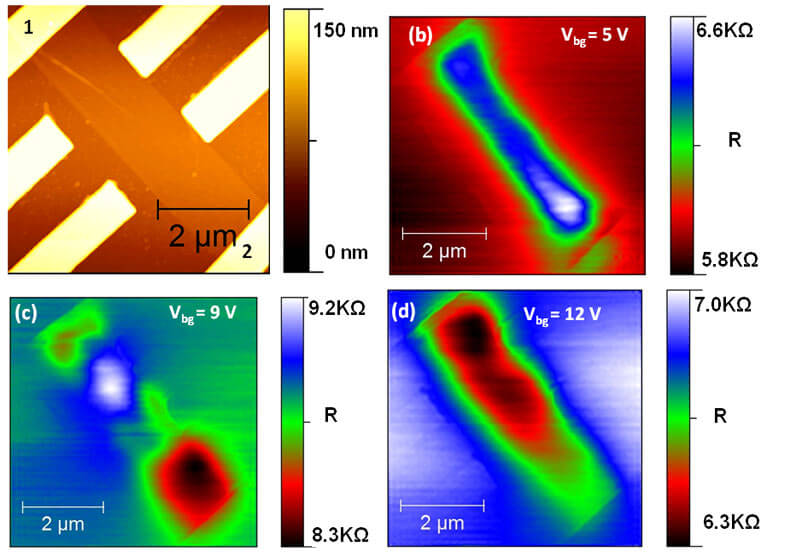 Dielectrophoretic trapping of nanoparticles with an electrokinetic nanoprobe

© 2020 All rights reserved by NaugaNeedles™. Designed by M2A Solutions